Menstruation is cyclical shedding of the lining of the uterus as a normal phenomenon in a non-pregnant female. During this process slight pain before and during first two or three days of menses is normal. But when the intensity increases to the extent that it hinders your daily routine activities like skipping school or office then it is termed as painful menstruation.

Reason for the pain during menses is the production of a group of chemicals from the uterus which is known as prostaglandins. This leads to contraction of the uterine muscles which further leads to pain. Females whose prostaglandin levels are higher may experience more intense contractions of their uterine muscles and hence more pain. These may also lead to vomiting, diarrhea or headaches which are sometimes present with painful menses.

There may not be any specific identifiable cause for painful menstruation. There are some risk factors which leads to some women at a higher risk of getting painful menses. These are given below:

When the painful menses occur due to some identifiable cause in the body (Secondary dysmenorrhea) it can be due to following medical conditions:

Common symptom of dysmenorrhea is cramping pain before and first 2 or 3 days of menses. The pain sensation can vary from throbbing to aching or dull or sharp. Along with this other common symptoms are:
Lower back pain

Homoeopathy offers a great no. of medicines for the treatment and cure of both primary and secondary dysmenorrhea. The medicine is selected according to the symptoms similarity and individualization of the patient. Given below is a list of commonly used homoeopathic medicines for painful menstruation:

Ammonium carbonicum: For cholera-like symptoms at the beginning of periods. Menses are accompanied with toothache, abdominal pain, sadness. There is fatigue especially of thighs with yawning and chilliness.

Bovista: When diarrhea occurs before and during periods. Painful bearing down sensation occurs during menses. Soreness in pubic region during menses.

Chamomilla: Labor-like pains during menses with profuse flow of clotted and dark blood. Pains are intolerable.

Cimicifuga racemosa: Pain in lower abdomen immediately before menses. Menstrual flow is profuse, dark and offensive with backache and nervousness. Pain across the pelvis from hip to hip with great intolerance of pain. All complaints become worse during menses.

Kali carbonicum: Menstrual pain passes from back down the hips with cutting pain in abdomen. Pain from the left labium radiate to the chest. Uterine hemorrhage with constant spotting of blood after profuse flow which occurs with severe backache.

Magnesium phosphoricum: Acts as a near specific homoeopathic anti-spasmodic medicine. For membranous dysmenorrhea. Pains worsen before and when menstrual flow begins. Pains are darting, like lightening, shooting. Patient feels better by heat and bending double.

Viburnum opulus: Crampy pain during menses which radiates down to the thighs. Before menses, bearing down pains in the abdomen. Aching in sacrum and pubes with pain in anterior muscles of thighs. Spasmodic and membranous dysmenorrhea. Menses are offensive in odor, scanty and lasts for only few hours.

Magnesium Phosphoricum Pentarkan: The guiding principle for the composition of Magnesium Phosphoricum Pentarkan is to ensure that each individual component contributes positively to the overall effect of the combination and that the medicine was safe. The therapeutic components Magnesium phosphoricum, Chamomilla, Colocynthis, Potentilla and Aesculus hippocastanum are proven homoeopathic remedies. They complement one another when used for treating painful menstrual bleeding (dysmenorrhoea) accompanied by premenstrual symptoms such as abdominal and back pain, cramps and vegetative dysfunction.

During the process of menses slight pain before and during first two or three days of menses is normal. But when the intensity increases to the extent that it hinders your daily routine activities like skipping school then it is termed as painful menstruation or dysmenorrhea. Reason for the pain during menses is the production of prostaglandins. Based on the reason for its cause it can be primary or secondary. For both the types of dysmenorrhea, there are many homoeopathic medicines which can cure it. The commonly used homoeopathic medicines for this condition are Magnesium phosphoricum, Colocynthis, Viburnum opulus etc. These medicines are selected according to symptoms similarity an individualization of the patients by a qualified and registered homoeopathic physician. 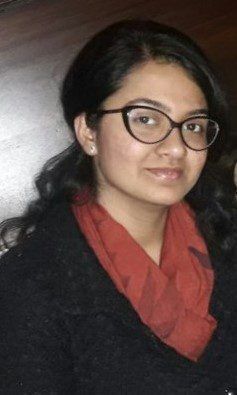 Dr. Priyanka Verma
Share this post
PrevPreviousHere is everything you need to know about pimples
NextArnica – Does it work for Hairfall?Next
Recent Posts