Gastritis Diet: 5 Foods to avoid and 5 to Eat

Gastritis is an inflammation, irritation, or erosion of the lining of the stomach. It can occur either acute or chronic. Gastritis can be caused by irritation due to excessive alcohol use, chronic vomiting, stress, or the use of certain medications such as pain killers and anti-inflammatory drugs. It may also be caused by Helicobacter pylori, bacterium that lives in the mucous lining of the stomach and bile reflux which is a backflow of bile into the stomach from the bile tract.

Symptoms
It varies from person to person. In some cases, gastritis can lead to ulcers and increases the risk of developing stomach cancer. In most cases gastritis is not a serious condition and it improves quickly with treatment. The most common symptoms include, indigestion, nausea, vomiting, abdominal bloating, abdominal pain, hiccups, eructations, loss of appetite, vomiting of blood and black stools depending upon the severity of the condition.

Causes
Weakness or injury to the mucus barrier that protects the stomach wall makes the lining vulnerable to irritation and damage by digestive juices and inflames the stomach lining. A number of diseases and conditions can cause gastritis, such as AIDS, Crohn’s disease and sarcoidosis, etc.

Risk factors
Bacterial infection: Infection with Helicobacter pylori is the most common infections but only some people with the infection develop gastritis or other upper gastrointestinal disorders.

Regular use of pain killers: Taking too much of painkillers affects and irritates the protective lining of your stomach.

Older age: Older people are more likely to have H. pylori infection or other infections than younger people due to decreased immunity.

Alcohol use: It irritates and erodes the stomach lining and is more likely to cause acute gastritis.

Autoimmune gastritis is more common in people with other autoimmune disorders.

Other diseases and conditions: Gastritis may be associated with other medical conditions such as Crohn’s disease and parasitic infections.

Diet for gastritis
A healthy diet with foods that are rich in vitamins helps to heal the damage to the lining of the stomach. A healthy diet is important for healthy digestive functions and overall health. Avoiding some foods and beverages and increasing the intake of others can help manage the condition.

Some foods help to manage gastritis and lessen the symptoms. They are:

Foods which are high in fat may worsen inflammation in the lining of the stomach. Some of the foods to avoid gastritis are:

Antimonim crudum: Gastric complaints from over eating, bread and pastry, acids or vinegar, sour or bad wine, after cold bathing, overheating and hot weather. Thick milky white coating on the tongue. Nausea with distended feeling in the abdomen. Vomiting is frequent and constant. Vomiting of large quantities of half digested food. Incessant belching tasting of ingesta. Constant discharge of flatus up and down.

Abies Canadensis: For gastric affections caused by abuse of tea or tobacco, dyspeptic troubles especially of the aged with functional heart symptoms. Total loss of appetite in the morning, but great craving for food at noon and night. Eructation with offensive breath, pain in stomach always after eating, sensation of lump as if a hard, boiled egg is lodged in the cardiac end of the stomach. Constriction in the pit of the stomach, as if everything were knotted up.

Nux Vom: For gastritis with nausea and vomiting in the morning. Feels better after vomiting. Heartburn with flatulence. Alternating constipation and diarrhea. Eructations sour, bitter with nausea and vomiting after eating. Drinking milk seems to cause acidity. Hungry, but feels quite full after little food. Repeated, violent vomiting of sour mucus with headache or with blood. Nux vomica is mostly indicated in case of chronic gastritis which is caused by tobacco, alcoholic stimulants and highly spiced food.

Lycopodium: It is indicated for gastritis with fullness even after a light meal and no intestinal irritation. Pain in the pit of stomach with offensive discharges. Eructation ameliorates gastric troubles. Bitter taste in mouth at night, sour vomiting. Vigorous appetite, but after eating a small quantity of food he feels so full and bloated.

Phosphorus: Gastritis with chronic erosion. Burning, gnawing circumscribed pain. All gone, sensation at 11 a.m. from stomach to bowel. Craves for cold food and cold drinks which give relief temporarily, but are vomited as soon as they become warm in stomach. Very useful remedy in chronic dyspepsia.

Arsenic Album: Foul, bitter or sour taste. Burning pain in stomach like fire, as if hot coals were applied to part, better by hot application, hot drinks. Acrid and bitter eructation. Irritative dyspepsia and acute inflammation. Nausea, retching and vomiting of slimy mucus tingled with blood. Trembling and coldness of extremities with pain in stomach and oppressive anxiety.

Bryonia Alba: Is best adapted to persons of gouty or rheumatic diathesis. Great thirst for large quantities at long intervals. Pressure as from stone at pit of the stomach, relieved by eructation. Diarrhea during a spell of hot weather; bilious, acrid with soreness of anus; like dirty water; of undigested food; from cold drinks when overheated, from fruit or sour foods.

Carbo vegetabilis: Violent burning in the stomach, with paroxysmal cramps which force the patient to double up; with flatulence. Putrid variety of dyspepsia. Slow digestion; feels as if a weight in the stomach, which is not relieved by eating; but after a few mouthfuls there is a sense of fullnesss. Eructations are rancid, putrid or sour.

Argentum Nitricum: Violent belching and great relief from it. Pain is gnawing, ulcerative, referred to the pit of stomach. Vomiting of glairy mucus, which can be drawn into strings. Longing for sugar which aggravates the complaints. Pain in spot radiates to every direction.

Mercurious solubilis: It has deathly faintness at the pit of stomach. Profuse saliva in the mouth. Stool hot, scanty, bloody, slimy, and offensive, with terrible cutting, colicky pains. Useful in painful acute inflammation. Tenesmus, not relieved by stool.

Kali bichromicum: Gastric complaints from bad effects of beer. Loss of appetite. Weight in pit of stomach. Flatulence aggravated soon after eating. Vomiting of ropy mucus and blood; round ulcer in the stomach. Cannot digest meat.

China officinalis: It is best suited to weak patients having low vital power. Sensation of satiety after a few mouthfuls of food. Sour, bitter eructations; flatus is offensive. Slow digestion and patient faints easily. There is a sensation as if food had lodged in the oesophagus. In cases where the food does not digest, but lies a long time in the stomach, causing eructations and finally is vomited out undigested.

Sulphur: Burning in the stomach. Gastritis caused by chronic alcoholism. Weak, empty, gone or faint feeling in the stomach about 11.a.m. and cannot wait for lunch. Congestion of abdomen. Stool acrid excoriating. It follows Aconite well. Sour eructation all the day. Long heartburn. Belching up of a portion of the food that had been eaten.

Kali carbonicum: Putrid belching, dyspepsia with sleepiness. Before eating, there is a faint sinking feeling in the epigastrium out of proportion to the feeling of vacuity caused by hunger, with sour eructation, heartburn and with peculiar weak nervous sensation. Desire for sugar and sweet. 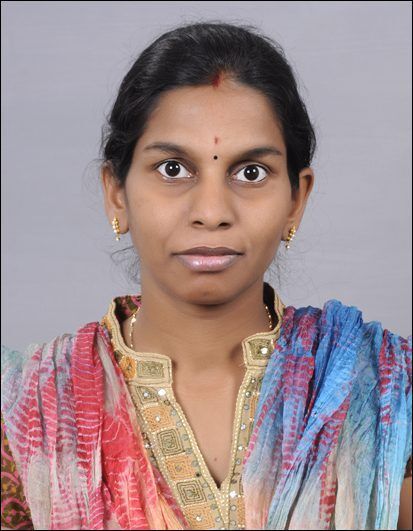 Dr. P T Ponmani
Dr. P T Ponmani is a homeopathic physician who has been practicing for over fourteen years. She is very passionate about her work and a very compassionate human being. She had completed her bachelors in homeopathy at the Vinayaka Missions Homeopathic Medical college and Hospitals and had done her post graduation in Medical Anatomy from Manipal University. She is specialised in treating female and child disorders and skin problems. Writing is her passion.
Share this post
PrevPrevious8 Healthy eating tips to control your Diabetes
Next5 Things That Happen Inside Your Body When You’re CostipatedNext
Recent Posts