The name Limonum is derived from the Arabic Limun or Limu, which in its turn probably comes from the Sanskrit Nimbuka. Thought to be native to India, lemon trees were first grown in Europe in the 2nd century AD and are now cultivated in Mediterranean and sub-tropical climates worldwide. The Lemon is a small, straggling tree about 11 feet high, irregularly branched, the bark varying in colour from clear grey on the trunk, green on the younger branches to a purplish colour on the twigs. The evergreen leaves are ovate-oval, about two inches long, the margin serrate with sharp spines in the axils of the stalks. The solitary, five petalled flowers, white inside and tinged with deep pink outside, grow on stems in the axils. The well-known fruit is an ovoid berry, about three inches long, nipple-shaped at the end, smooth, bright yellow, indented over the oil-glands, having an acid, pale yellow pulp. 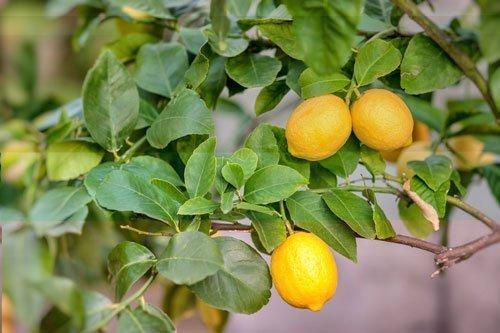 It is covered by Homoeopathic Pharmacopoeia of United States.

In the observations with this plant the expressed juice of the fruit has been used containing citric acid. Lemon-juice and citric acid are traditional remedies for and preventives of sea-scurvy. That their action is homoeopathic has been proved by the occurrence of scurvy from the excessive use of the acid when taken for other purposes. Used as a local application (in one part of citric acid to eight of water) it has relieved the pains of cancer. It has a powerful effect on the circulation and on the blood itself, producing faintness, weak pulse, haemorrhages, and dropsies. Inflammation and painful enlargement of the spleen; dyspnoea. Daily headache. Stiffness in the joints, particularly in the fingers; bruised feeling, particularly in the feet. Herpetic eruptions.

Caution: Ø/1x in drop doses in cases of hyper-urecemia under medical supervision only.

Recommended dose: Φ in drop doses and diluted up to the equivalent of 3rd attenuation and above.