This drug is also called as Alnus rubra. It was introduced by Hale in the New remedies, 2nd ed., 1866. Though there has been plenty of literature based on its mother tincture use, there is no known proving till the end of last century. This new proving was conducted by Steven Olsen and published in Homoeopathic Links in 1999 and later in the American Journal of Homeopathic Medicine 2006. A combined materia medica from this clinical verification and available literatures is given below.

No desire to engage with others. No desire to learn anything. Can easily fall asleep at any time. Don’t care about anything. Feeling of being completely alone in the world. Irritability with people, depression, yearn for acknowledgement. Feeling of overly responsible for others. Anxiety of conscience and feeling of guilt. Lack of Confidence: no sense of purpose or self worth. Uncomfortable around people, like I am not good enough. Sensitive, weak memory, short-term memory seems shot; very forgetful. Mistakes: Difficulty writing notes in class; writing similar-appearing words, but not the correct ones; i.e., ‘began’ instead of became. Mind is slow and clumsy. Fears: Fear of spiders. The world seems scary, dark and lonely. Nostalgia, thoughts of the past, friends and situations.  Everything seems familiar again. Time seems to go too slowly. 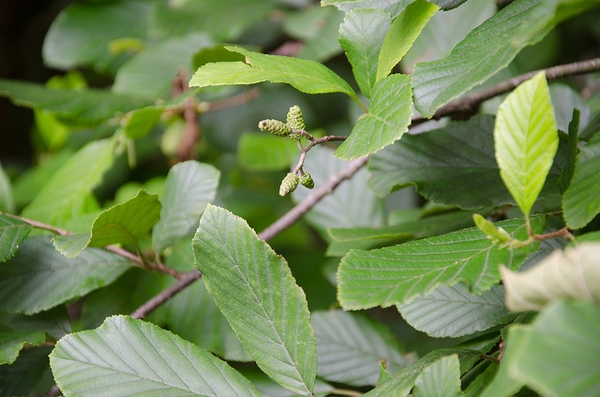 Headache begins to encircle eyes over the bone, though not the inner orbit. Headache, severe, frontal, worse from light, fasting. Better from pressure. Headache from cold, damp weather and barometric changes. Headache, sudden onset, from familiar smells. Headache better from lying on the painful side; then able to sleep.

Eyes always dry. Hot feeling in the eyes. Intense photophobia, even when the lids are closed. Eyes feel generally sticky. Pain in muscles of the eyes, worse on moving them outside of direct field of vision.

Irritation of the naso-pharynx, worse from swallowing, worse in dry air, better from drinking water-up to three litres in seven hours. Swallowing discomfort. Glands are swollen and sensitive. Burning sensation. A constant burning in the throat.

Appetite, strong.  Keeps eating even though one is not hungry and food has no flavour; “nothing tastes good or excites me.  I don’t enjoy eating”. Thirst extreme, feels dehydrated. Inability to digest food. Bloated abdomen, indigestion, sluggish digestion, a general feeling of being uncomfortable in the abdomen. Gurgling in the stomach and abdomen. Alternating constipation and diarrhoea. Vomiting at night after eating too much or a normal amount of food; water can even make one vomit. There is a constant feeling of pressure in lower abdomen, a bearing down feeling in the lower colon, like a cramping, a dull pressure on both sides of abdomen. 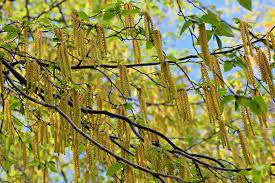 Strong sexual desire before menses. Intense sexual desire, but don’t want to be near anyone; no desire to follow through on it. Leucorrhoea, with erosions of cervix, bleeding easily. Amenorrhoea, with burning pains from back to pubis.

Tension in the upper back from coughing. An aching between the shoulder blades, worse from coughing, clearing throat.

Dry feeling in the chest. Burning sensation from cough. Pain in chest with the cough. Feels like someone is stepping on chest. Chest feels tight and heavy.

Awkward and clumsy with hands. Tremor of the hands in the morning. Very cold feet, like ice cubes. Rheumatoid arthritis symptoms in the hands and knees that usually only occur in the wet, cold weather. Heavy feeling of legs and feet when walking. Whole body feels swollen as if from oedema; skin feels tight and puffy. Burning pain in the muscles of the legs from running. Itchy skin on the thighs; after scratching there are bruises and petechiae. Bones are more painful when press on them; the periosteum is painful. Hand swollen after exertion, after running a long distance. Feet numb and tingle, pins and needles; numb from the downward.

This remedy should be studied in cases of so-called Scrofula when there is glandular enlargement, the skin being in an unhealthy condition simulating eczema in the pustular stage.

Very difficult to get to sleep, awake for three hours by pains and cough. Not rested on waking after sleeping for ten hours. Sluggish and tired upon waking. Sleeps all day; still can’t get rested. Wake at night from three to four a.m.; then can’t go back to bed as feel energetic.  Then go back to bed at 6.30 a.m. and wake up tired.

Desire for brown rice, plain tortilla chips, black liquorice. Extreme stomach cramps and vomiting from eating yoghurt. Get colds easily and bronchitis. Vibration of body, up and down, beginning in head, then working its way down through the body. Better on waking for one hour. Influenza with aversion to movement, a feeling of heaviness, chills, fever, aching; better from a warm bath, warm clothes, covering the eyes, earplugs and sleep. Overall feeling of achy, like having the flu with sore muscles and joints. Better and more energetic when outside the house. Better energy when entering a new room. Generally better with motion. Motion is a necessity. Tired and sluggish on waking. Very chilly, even when outside in the sun. Hot at night in bed.